The Commission on Human Rights (CHR) Region VI in cooperation with the PROCESS Foundation Panay held a one-day CBD institutionalization-localization workshop for the province of Antique on 04 November 2020 as part of continuing efforts to expand the CBD mechanism throughout the region down to the provincial level. 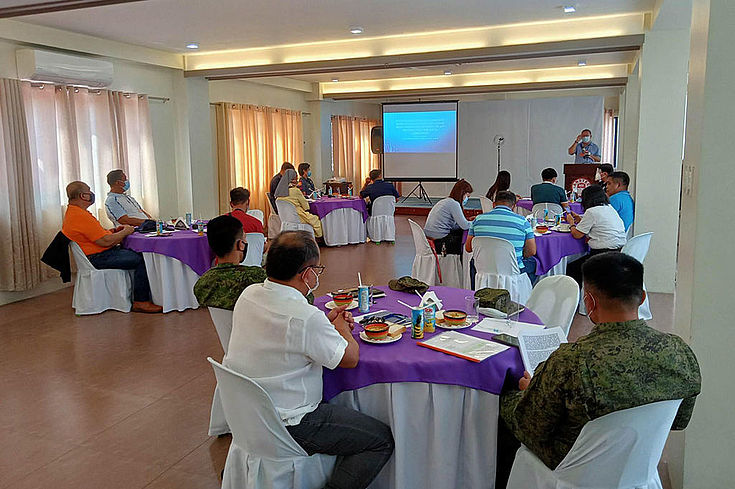 The objectives of the activity were: (i) awareness and appreciation of the CBD as well as agencies involved and their policies on relevant human rights issues; (ii) agree on priority HR issues and action points on how to resolve identified issues; (iii) identify HR promotion and protection mechanisms for resolving human rights issues; and (iv) commitment from various stakeholders to work towards the sustainability of the CBD.

Twenty-eight (28) participants including a 4-member secretariat team participated in the activity (one participant attended via Zoom). CHR-VI was ably represented by its Officer-in-Charge, Atty. Jonnie Dabuco and his team, while PROCESS was led by its manager, Mrs. Lorena Navallasca.  Following the opening preliminaries, representatives of partner institutions (CHR, AFP, PNP) from the region, some of whom were members of the core group, delivered brief messages highlighting their mandate/functions in the promotion and protection of human rights and in support of the institutionalization of the CBD mechanism. In particular, Atty. Dabuco welcomed and thanked the partners from the AFP, PNP, CSOs/NGOs/POs, LGUs/GAs and the organizers for attending the activity.  He encouraged the participants to harness/cultivate the partnership built through the years, and underscored the value of working within the framework of dialogue to talk about areas of concern and find common solutions to problems affecting the people in the province.  He noted that in institutionalizing the CBD, the stakeholders can move in one direction and expand/reach out to more communities in pursuit of a common aspiration towards peace and development. 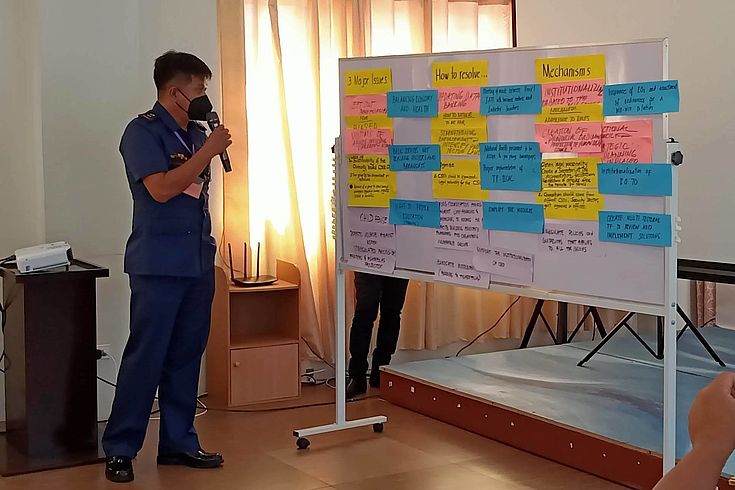 A representative of the governor of Antique province was also present and shared words of encouragement to work for the good of the people of Antique.

The Alternative Law Groups (ALG) represented by its Program Officer, Mr. Rene Clemente, presented the rationale and background of the CBD project including its accomplishments since it was implemented in 2008 (beginnings, goal, partners, strategy, challenges, milestones). An interesting interaction ensued thereafter as the participants shared their views and insights, comments and reactions, which the CHR responded to and/or clarified, such as recognizing and respecting the different roles/functions of the partners (security sector, CSOs, CHR) in the performance of their mandate.

For the workshop or “buzz session,” the participants were divided into four groups representing the CSOs, security sector, LGUs/GAs and religious sector to discuss prevailing HR-related concerns in the province (3 major issues), (proposed) resolutions, and mechanism/s to pursue action points that were identified.  The issues presented revolved more on the economic aspects of vulnerable sectors in Antique, i.e., “sacada” (migrant workers), farmers, fisherfolks, indigenous peoples, women and children, environment as well as how to deepen the engagements among stakeholders through the institutionalization of the CBD.  Among others, recommendations were made to strengthen the enforcement of laws, adherence to rules and regulations, adoption of relevant policy ordinances/resolutions, MOA/ordinance/resolution to support/sustain the CBD core group/balanced representation/legal personality, regular dialogues/people’s participation, strong coordination, capability building, organizing vulnerable groups, and advocacy/awareness-raising. 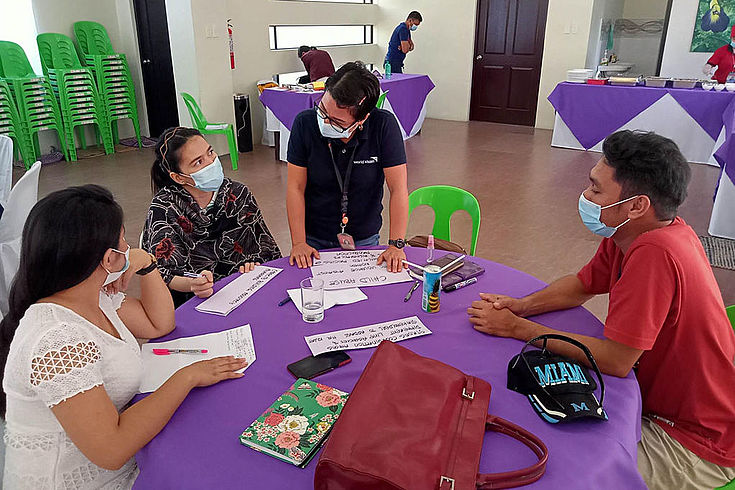 For the next steps, the group agreed to make the CBD mechanism sustainable, and to advocate for the passage of a provincial ordinance through the “Sangguniang Panlalawigan” (Provincial Council) creating a (HR) body within the local government adopting the CBD as a strategy to receive/solicit reports (issues and concerns) on the ground, address/resolve urgent concerns, and send feedback to the people in a timely manner.

HSF’s Program Coordinator, Maria Adelia Co, shared a closing message by thanking the participants for their active cooperation as well as the partners for the conduct of the activity.  She expressed appreciation for the opportunity for them to meet again to sustain the gains of the project towards its institutionalization in the province by strengthening the multi-sectoral core group. She noted that for the past couple of years, this has been the focus of the project to capacitate its members in conducting the CBD as a viable mechanism to continue the engagements, and build understanding, cooperation, trust and confidence not only between the security sector and local communities, but other sectors/ organizations/bodies as well. She echoed one of the recommendations to make the multi-sectoral CBD sustainable/stable with the appropriate organizational structure, clear roles and responsibilities, and shared commitments.

Finally, a group photo was taken for documentation purposes.